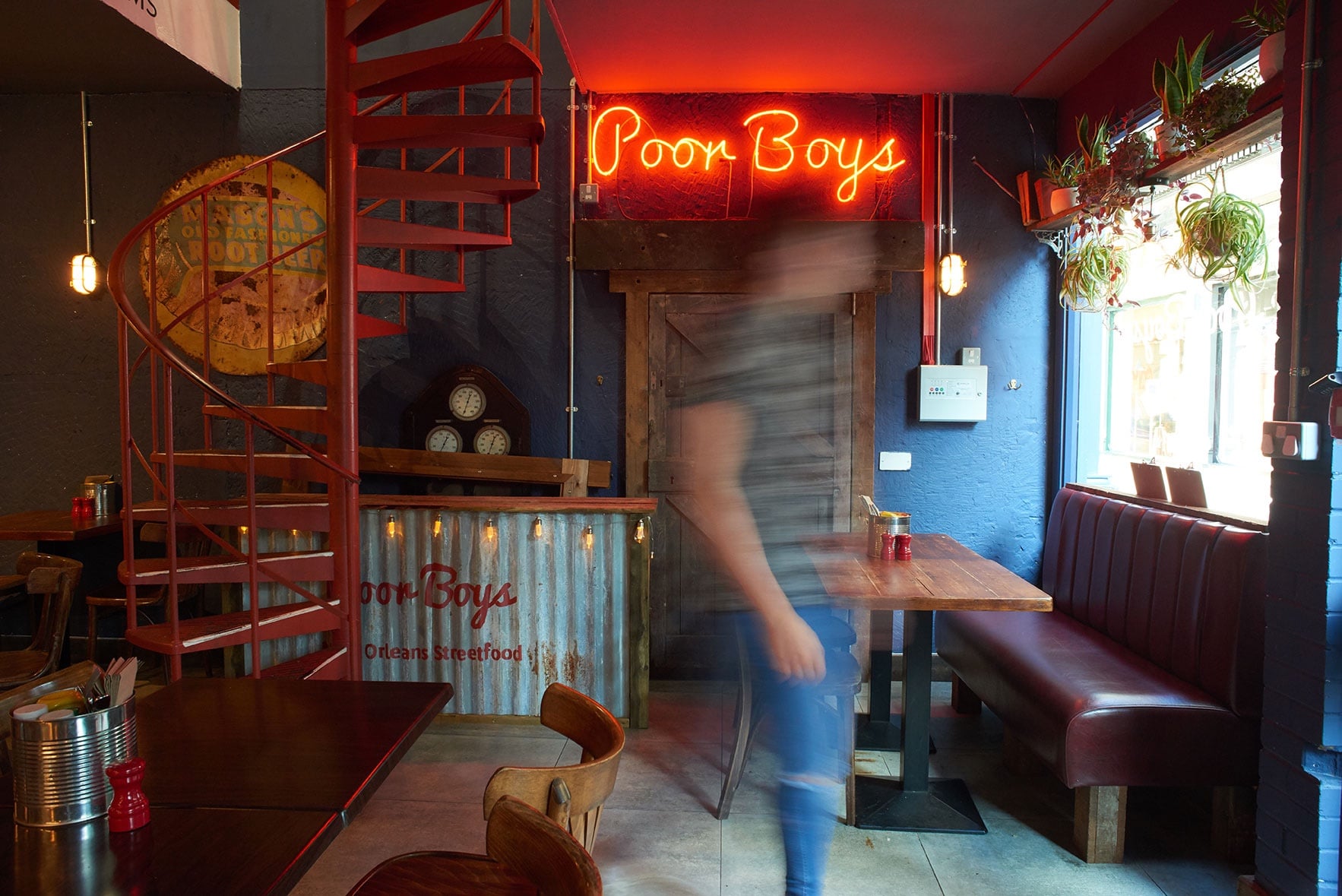 Here at Poor Boys, we are a local independent restaurant started by two brothers who were inspired by the city of New Orleans, with the amazing atmosphere, culture and food – whose aim was to provide the great Southern Louisiana hospitality in a vibrant and friendly atmosphere.

Our food pays homage to the Famous New Orleans Po Boy sandwich as well as some exciting creations based on our favourite New Orleans and Regional Classic American flavours, complimented by a great range of New Orleans Beers, Ales and Cocktails as well as delicious Floats, Root Beers and Shakes.

At Poor Boys we serve classic New Orleans and Regional American flavours from Brunch through to Evening in a variety of ways including Shrimp Po Boys, Grilled Lobster, Rock Oysters, Mac N Cheese and Buttermilk Fried Chicken Eggs Benedict. With an exciting range of dishes and create your own flavour combinations, the key to our food at Poor Boys is the produce. We only use a range of carefully selected suppliers, local where possible, to provide the freshest highest quality produce we can source. These include Crab and Lobster from Cornwall, Oysters from Dorset, Free Range Herb Fed Chicken from Yorkshire, Dry Aged Grass Fed Beef from Scotland, Organic Free Range Pork from Suffolk and our Ice Cream is made locally by an Italian family who have been making Ice Cream for over 100 years and who we used to get our Ice Creams from when we were kids!

Here at Poor Boys the drinks do not play second fiddle. The Mardi Gras atmosphere of New Orleans is personified through our drinks menu with a range of delicious botanical Soft Drinks, Ice Cream Floats and amazing Shakes not to mention the finest New Orleans Craft Ales and Cocktails outside of Louisiana. 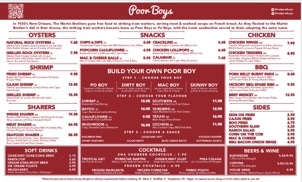 We are currently not taking bookings over the phone or by email, and are operating a walk in service only.

You can find us at: Poor Boys, 5 Griffin Centre, Marketplace, Kingston upon Thames, KT1 1JT (Located off the Marketplace in between Patisserie Valerie and Laura Ashley and alongside the Hogsmill River)

Our opening hours are as follows:

For large bookings, private parties or offsite catering with our Pop Up Market Stall, please call us on 0208 546 4777 or email us at events@eatpoorboys.com